Sant’Eustachio il Caffè is a cafè which roasts its superior quality, cooperative and sustainability farmed beans on premise. It opened in 1938 on the site of another café called “Caffè e Latte” which means Coffee and Milk. It is located in Piazza Sant’Eustachio – between Piazza Navona and the Pantheon, in the heart of historic Rome. When it opened in 1938, at the time it seemed extremely modern – thanks to its new, innovative furnishings.

The caffè has been owned since 1999 by the Ricci brothers – Raimondo and Roberto. They have kept up the tradition of serving the highest quality product to all their customers.

The blend that they use is a mixture of organic and fair-trade coffee beans, 100% Arabica which they import directly from small cooperatives in South America 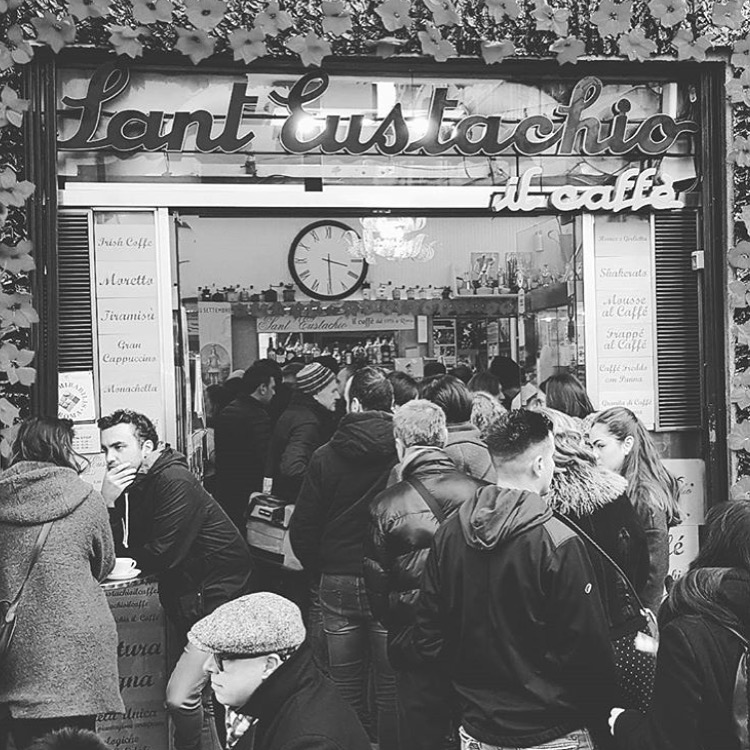 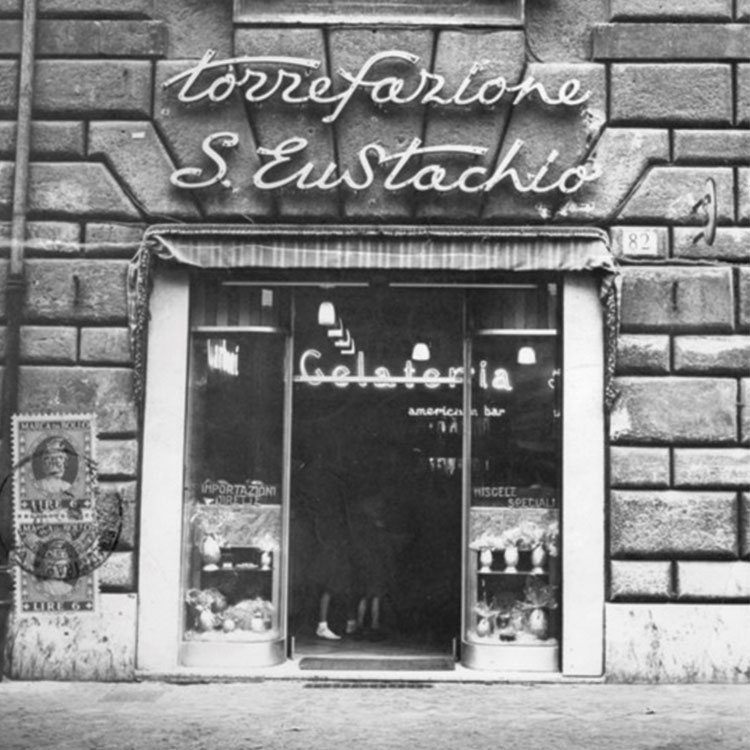 According to the legend, prior to his conversion to Christianity Eustace was a Roman general named Placidus, who served the emperor Trajan. While hunting a stag Placidus saw a vision of a crucifix lodged between the stag’s antlers. This experience shoked him and was immediately converted, had himself and his family baptized, and changed his name to Eustace (Greek: Εὐστάθιος “well standing, stable, steadfast”

There is a tradition that when he demonstrated his new faith by refusing to make a pagan sacrifice, the emperor Hadrian condemned Eustace, his wife, and his sons to death .

The lions should have killed them but instead they did not: they stopped dead in front of him and his family. He then continued to live on in the church that is across the street from our café, which was his house.